BASICS OF BITMAP IN MIDRES

The basis of this technique, which has to do with a “bitmap” or “black / white” (1 bit) graphics, is based on establishing an addressing scheme for all the points accessible at the maximum resolution available on the hardware (conventionally called “hires”).

This scheme is organized according to the principle of “grouping” of matrix pixels, submultiples of the characters' size at the minimum available resolution, that is the textual resolution (conventionally called “lowres”).

This process allows to reach an intermediate resolution, which is conventionally given the name of “midres”. 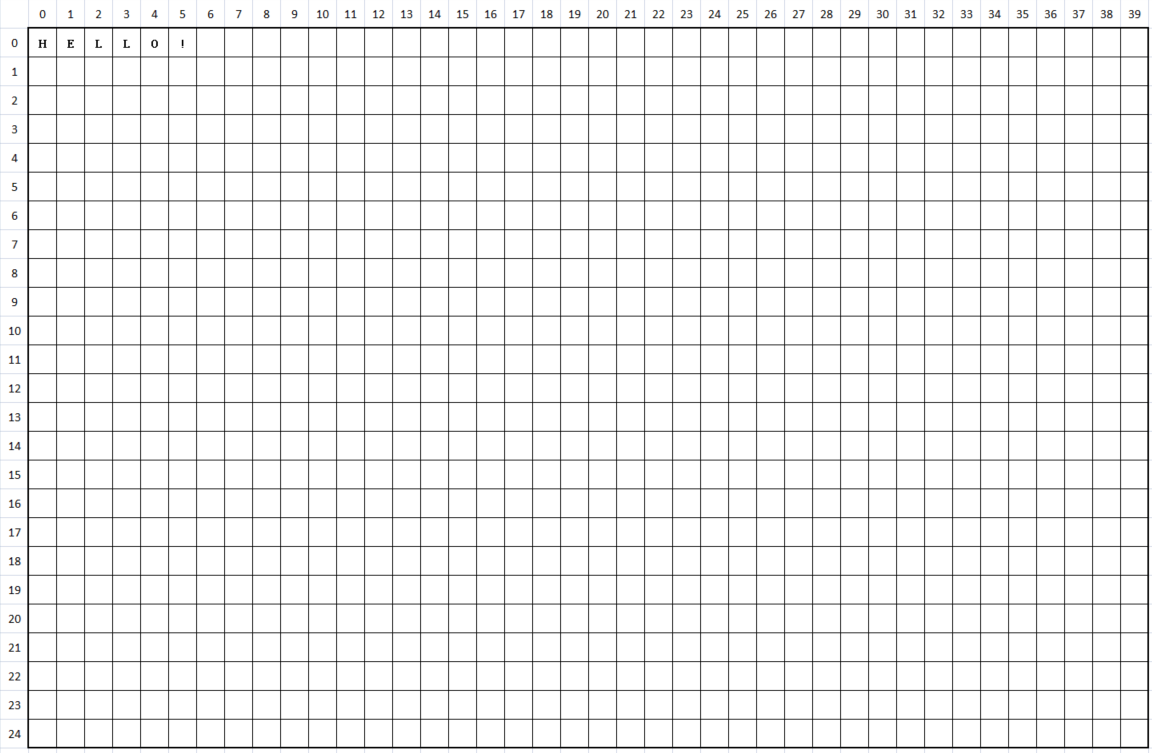 For example, in the Commodore 64 we have that the text screen consists of 40 columns by 25 rows. Each character occupies an 8×8 pixel matrix. 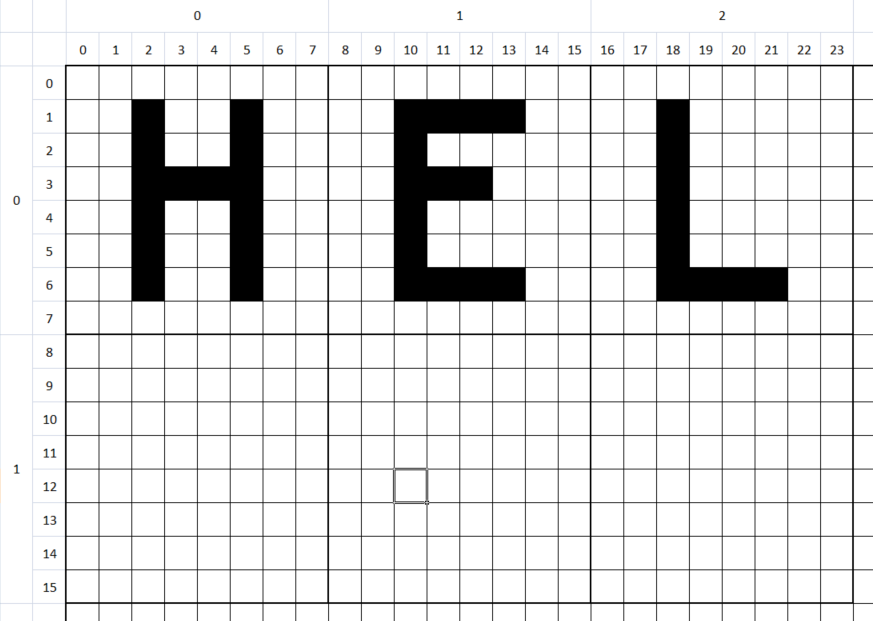 So, the maximum resolution (“hires”) is equal to 320×200 pixels while the minimum (“lowres”) is 40×25 characters. An 8 × 8 pixel large character could be divided vertically into two halves and horizontally into as many parts. 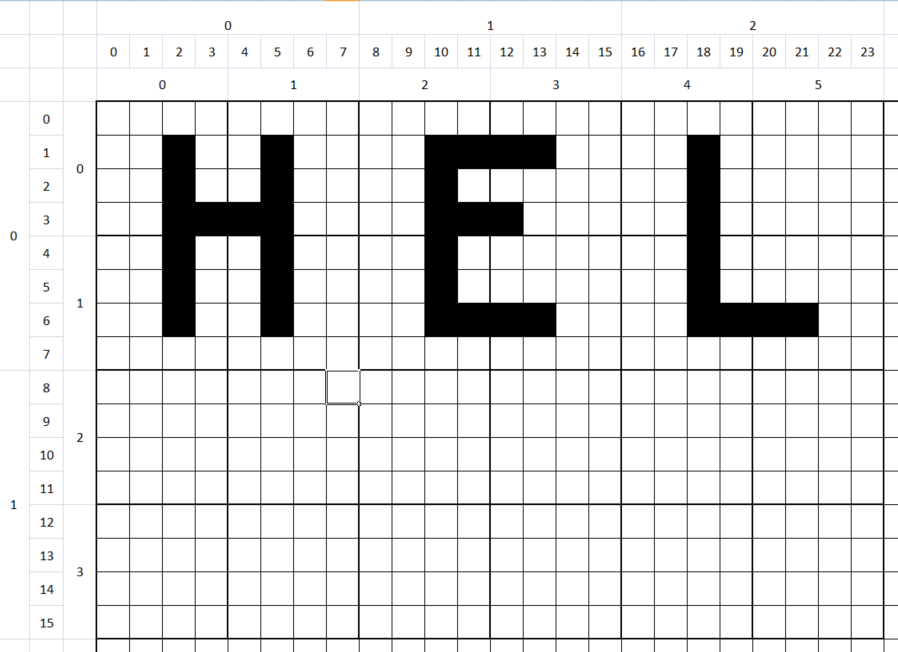 By grouping the pixels on a 4-by-4 scheme, we obtain that each character of 8×8 pixels gives space to a matrix of 2×2 “points”, which are none other than the medium resolution pixels (which we will call “midres pixels” = “mixel”). In this way, we get a screen with a resolution of 80×50 mixels.

We can therefore think of assigning a white color to bit 1 and a black color to bit 0. Since there are 4 independent “mixels” for each matrix, and since they can be switched on or off independently, we have a maximum of 2^4 = 16 combinations.

This correspondence is implemented by means of an index corresponding to the position in the character map of a matrix of the relative points.

To represent this variety, a set of special characters will be used, which visually and exhaustively represent all the binary combinations of this subdivision matrix. In other words: each “mixel” is represented by a group of high resolution 4×4 pixels, and each 2×2 mixel is represented by a specific character. 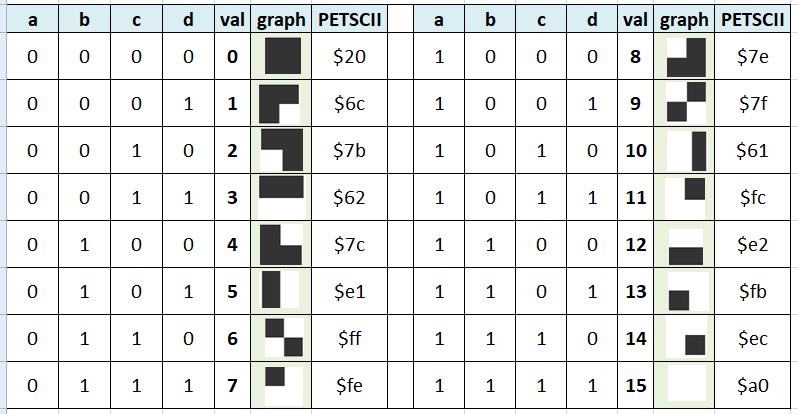 These symbols, which appear exactly as if they were drawn in raster graphics mode, are called “pseudographic characters” and are, generally, part of the character set of many retrocomputers1).

In particular in the Commodore 64 (and of the whole family of Commodore computers) we have 16 ready-made characters available, and present in the PETSCII alphabet. This implies that these characters can be displayed from the moment the computer is turned on, even when no program has yet been loaded.

Drawing a mixel is a more elaborate process than drawing a pixel, and this is due to the need to select one of the special characters that represent that specific mixel combination for that particular character. 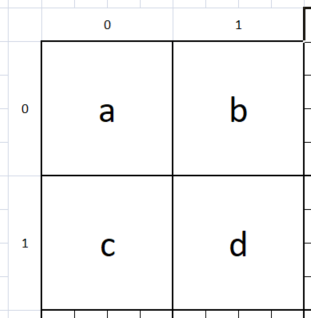 At this point it is necessary to identify which mixel, among the four that make up the character, you are interested in drawing. The mixels are conventionally represented according to the above diagram.

At this point, it is possible to actually draw the semigraphic character. To this end, it is necessary to know which character is occupied by the current coordinates, in order to decode and update the actual pattern.

For this purpose, the system will check the set of special characters needed to identify the current pixel configuration.

Once the configuration has been identified, the relative bit identified by the coordinates will be set.

Finally, the new special character thus identified will be used to replace the previous one. 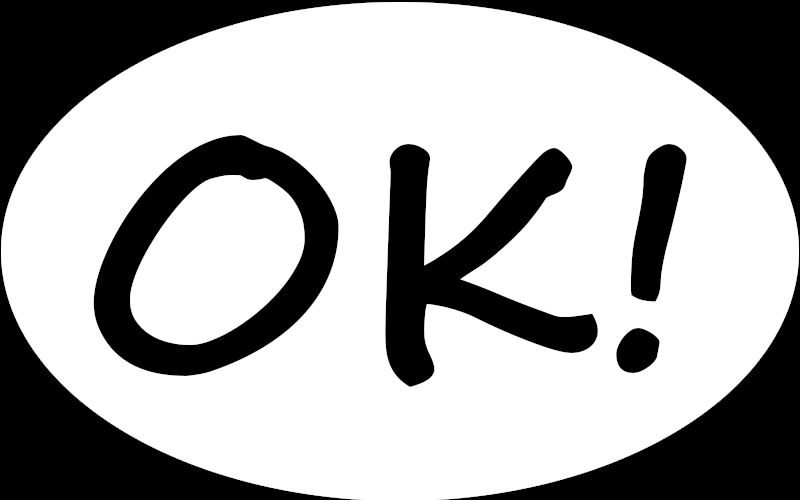 You can use the program img2midres to convert this image into two files (-o, -O) that can be directly loaded into memory (-u) with a black and white midres bitmap (-b) for the Commodore 64 (-64): 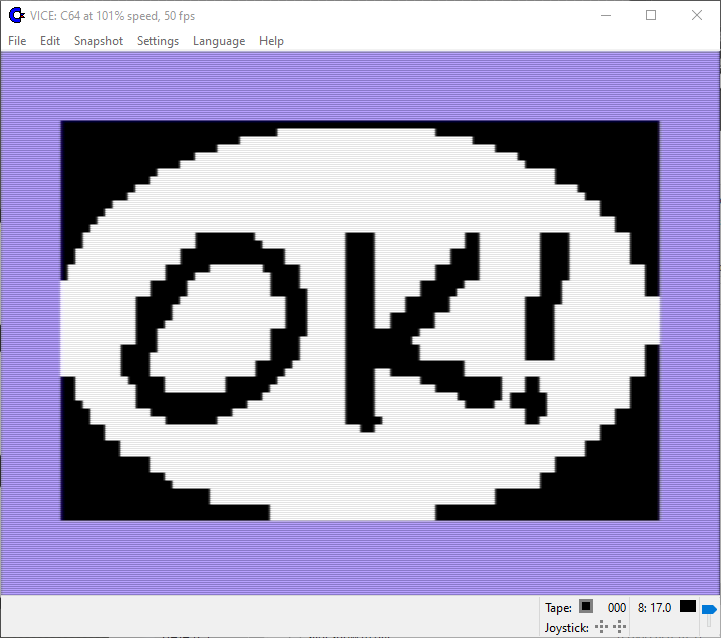 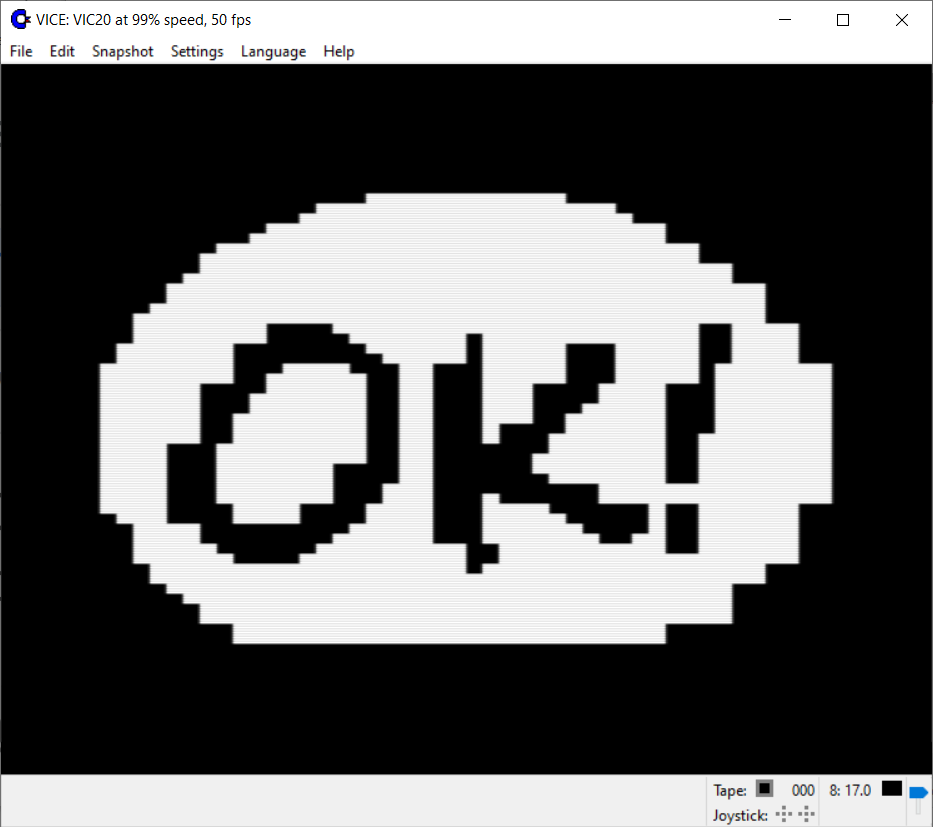 Other tricks used to decrease the number of characters needed are:

1)
This approach was later adopted, in later times, in the UNICODE standard such as in the Unicode Block Elements block.
2)
The use of the hexadecimal character 0x7f (decimal 127) to indicate “all pixels to one” is linked to the nature of paper tapes: infact, when the tape was used and punching it to represent information, all seven holes were punched with that value, creating the hexadecimal “byte” 0x7f, considered another way to erase the character. Subsequently, the same code was used by the graphic subsystem designers to represent the cursor on the screen.